After more than a decade of dominating the world of magic, Criss Angel unveiled a BRAND-NEW, fully immersive, revolutionary illusion experience unlike anything the world of entertainment has ever seen –

Criss Angel MINDFREAK®, in the newly-renamed Criss Angel Theater at Planet Hollywood Resort & Casino Las Vegas – on December 26, 2018. This marks Angel’s return to Planet Hollywood, where he began his Las Vegas takeover in 2004, filming the first two seasons of “MINDFREAK” at the property. The all-new 90-minute live spectacular is a groundbreaking production that integrates the most sophisticated, cutting-edge technology in the world and boasts more than 75 of Criss’ iconic signature illusions – including many from his hit television series and specials premiering live for the first time! Criss also performs his most-viewed and talked about demonstrations – like his revolutionary new levitation, hailed by his peers as “the greatest illusion of all time.”  Angel and MINDFREAK® were recently awarded the G.O.A.T. Award (Greatest of All Time) by Vanish Magazine, the world’s largest magic publication.

Criss Angel MINDFREAK® – There’s nothing in the world like it… Are you ready?

Criss Angel VIP Experience – Add-on: can be added to any ticket purchase. Includes: Personal escort into the venue using a dedicated entrance to bypass the general public line, including early entry if desired, exclusive limited-edition VIP laminate, photograph and Meet & Greet with Criss Angel. Requires pick-up at Will Call only, guests must arrive no later than 6:30pm.

Age Requirement: Recommended for ages 10 and up. Guests must be at least 5 years to attend. 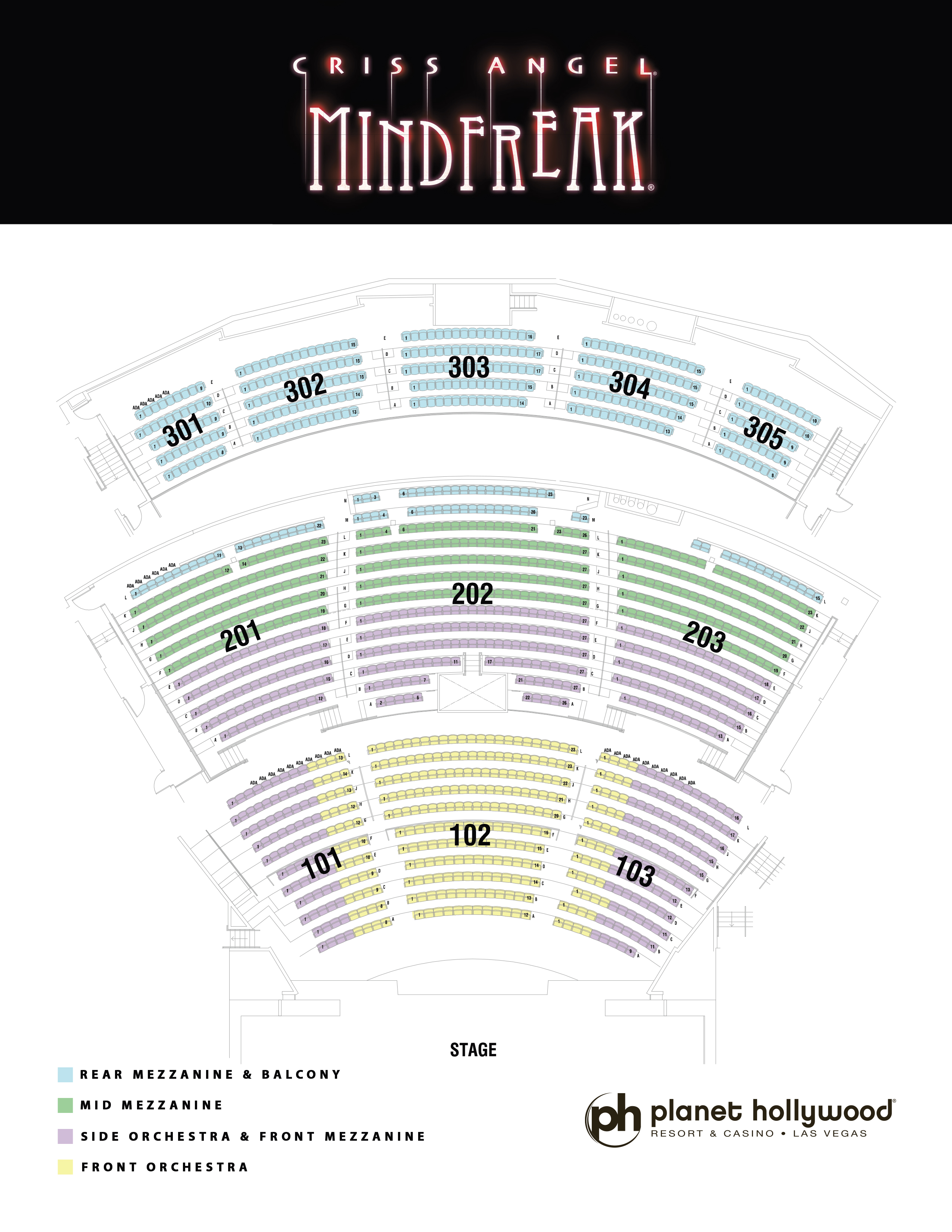