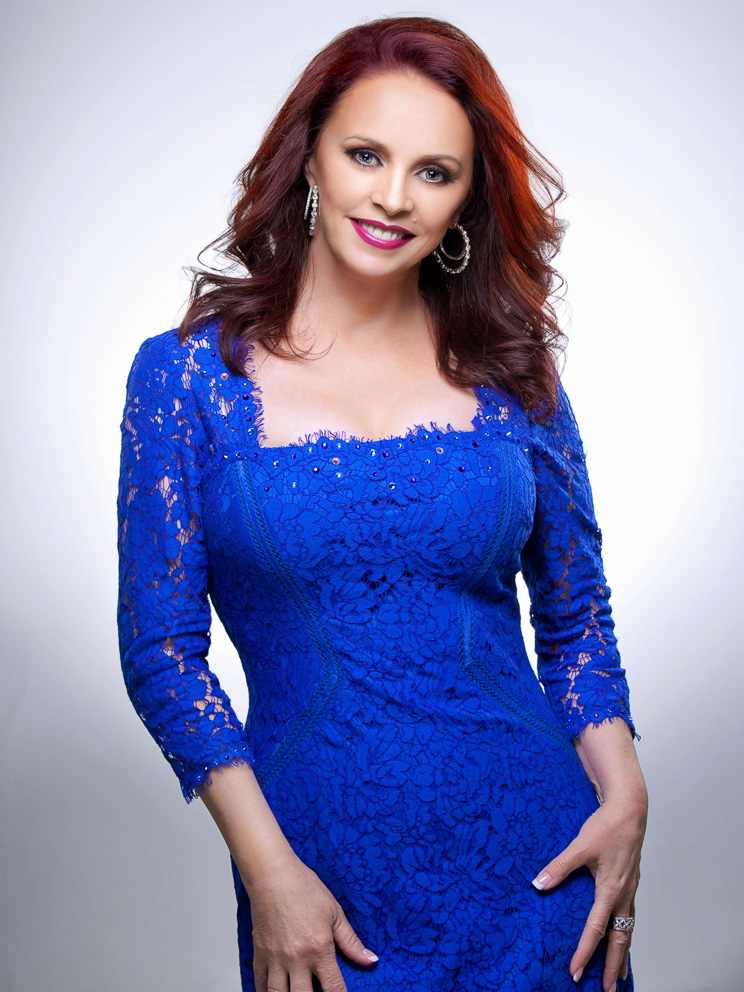 Sheena Easton, whose career has spanned four decades, was born in Bellshill, Scotland, the youngest of six children and is the mother of two children, Jake and Skylar. Her recording career has included Gold and Platinum albums in the United States, Europe, and Asia.

She has sold over 20 million records worldwide, received two Grammys, and was the first –and still only– artist to have top five records on five major Billboard charts. In addition to her recording success, Sheena is a top concert attraction around the world.

Sheena also has a list of notable acting credits including a five-episode appearance on Miami Vice, a co-starring role opposite Stacy Keach in a John Carpenter-directed trilogy for Showtime titled “Body Bags,” and as a guest star in the cult syndicated series “The Highlander” and a starring role in UPN’s “Ghost Stories.” Other guest roles have included “Brisco County” and Tech Wars,” as well as a starring role in Showtime’s “Outer Limits.”

Sheena also appeared as a regular on the 2005 PAX TV show “Young Blades”. During 2004 Sheena and Brian McKnight hosted a talk show originating in Las Vegas – she especially enjoyed this area of performance.

On Broadway, Sheena starred as (Aldonza/Dulcinea) in “Man of La Mancha” opposite the late Raul Julia’s “Don Quixote.” Throughout its year run, the play remained one of the top five grossing hits at the box office. She also starred on Broadway in the hit musical “Grease” as Rizzo.

Sheena has been busy with frequent appearances in Las Vegas where she has been a major attraction for the last two decades, and she was recently inducted into the Las Vegas Hall Of Fame. Seen in venues not only nationally, but internationally Sheena continues to perform her hits and fan favorites. She is most at home working with the band, but has expanded her love of the concert stage as a guest vocalist in various programs with symphonies across the nation and has made frequent appearances in “The Spy Who Loved me”. This allows her to blend her romance with various styles of music; American standards, pop, and Broadway. 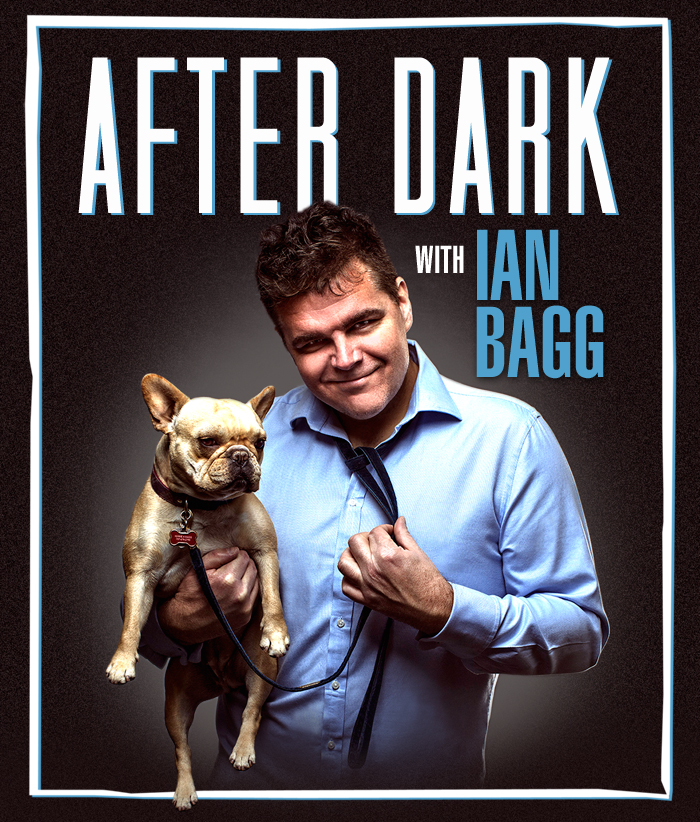 Ian Bagg started his comedy career in his native country, Canada. He proceeded to do all the show business things that every successful Canadian entertainer does. He went to a “Hockey Night in Canada” game on a Saturday night, performed at the “Montreal Comedy Festival”, kissed a fish in Newfoundland and shot a “Comedy Now” special on CTV. So what does a Canadian do when he has done it all? He boards a train to New York City, lives in a youth hostel and ends up on “Late Night with Conan O’Brien”, “The Late Late Show with Craig Ferguson” and “The Tonight Show with Jay Leno.” He also appeared on “Make Me Laugh”, “Showcase Comics with Louie Anderson”, “Fridays” on NBC and “The Late Late Show with Craig Kilborn”.

Bagg was featured in several films including, Tim Robbins’ “The Cradle will Rock”, “MVP 2”, and “MXP”. Fun fact: he’s the only known comic to have worked for Judd Apatow and NOT become a multi-billionaire. Life has been amazing for Bagg being featured on such diverse networks as the History Channel, the Food Network, the Biography Channel.

Ian went to school to be an explosives engineer, but a lucky chance at an open mic made him the volatile one. He may be in your area sooner than you think, because this manchild does over 100,000 air miles a year. He has had 2 half-hour specials, “Comedy Central Presents” and HBO’s “A Comics Climb” and has been featured in 2 seasons of “Gabriel Iglesias Presents Stand-Up Revolution” on Comedy Central. His latest one-hour special, “Ian Bagg: Getting to F**king Know You” aired on Showtime and can now be found on HULU for all you cable cutters. In 2015, Ian was a fan favorite and placed in the Top 5 on NBC’s “Last Comic Standing”. Additional, he did a 75 date national tour with the Last Comic Standing, performed with Gabriel Iglesias on an extensive European tour, and is currently headlining around the country. His latest digital release “Conversations” is available on iTunes, Amazon and Google Play.

Internationally know for his runner-up finish on season seven of The Voice, where his original single, Wasted Love, reached 14 on the Billboard Hot 100 and number one on the iTunes Charts.

You might have caught him touring across the country with artists such as Maroon 5, Nick Jonas, Andy Grammer, and the Plain White T’s. Most recently, you can catch Matt on tour as the lead vocalist of the post-hardcore band, SLAVES. 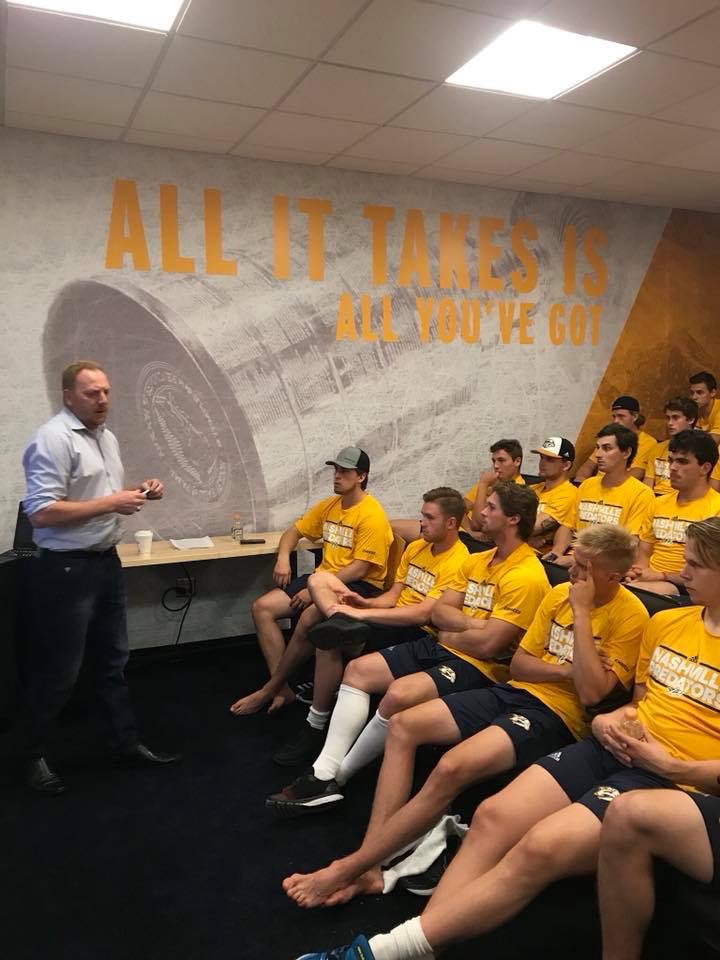 A former NHL goaltender, NHL goaltending coach, and Olympic silver Medalist, Corey Hirsch was featured in an article in the Players Tribune opening up about his struggle with Obsessive Compulsive Disorder while on the rise to a promising career in the NHL. He has since Dedicated himself to ending the stigma of mental health and becoming the National Youth Ambassador for the Center for Addiction and Mental Health. Hirsch helped to create and put together the program CAMH program Gamechangers, geared to get mental health info into the hands of our youth.

A native of Sault Ste. Marie, Ontario Canada, Mark is a former member of the Canadian Hockey League. After his hockey days ended, he spent almost 10 years living in New York City performing on America’s premiere stages. He earned a Helen Hayes Nomination for Best Supporting Actor for his role as Timon in DISNEY’S THE LION KING. He recently starred in the Broadway Hit ROCK OF AGES at the Venetian/Palazzo and as the MC is the sexy smash MAGIC MIKE LIVE at The Hard Rock Hotel and Casino. He is currently the in-arena host for THE VEGAS GOLDEN KNIGHTS of THE NATIONAL HOCKEY LEAGUE and for Bob Arum’s TOP RANK BOXING.

He is the creator of MONDAYS DARK, Vegas’ premiere variety show for a cause. Twice a month Mark Shunock gathers an eclectic cast of guests including stars from Hollywood, The Strip, musical acts, for 90 minutes of chat, entertainment – and a lot of laughs. Its mission is to raise 10k in 90 minutes. The $20 variety show has become one of the hottest tickets in town and the list of charities waiting to partner with Mondays Dark continues to grow. Mondays Dark has raised over $700,000, partnered with over 70 local organizations, and every penny has stayed here in Las Vegas.

Mark is the owner of The Space. Vegas’ first Community Driven, Charity Based Arts Complex. The Space consists of a state of the art performance/event space, a piano bar, rehearsal studio, recording studio, and a black box theatre. The Space has taken Vegas by storm, in its first year of operation, having held over 150 events, featured two Tony Winners, an Emmy Winner, and a Rock and Roll Hall of Famer.

Mondays Dark has been named “Best of the City” from Vegas Seven and “Best of Vegas” from Las Vegas Weekly.

In addition, Shunock received the 2014 Angel Award for Cultural Advocate/Entertainer of the Year and recently won Best Philanthropist from “Best of Las Vegas” and the Las Vegas Review Journal. 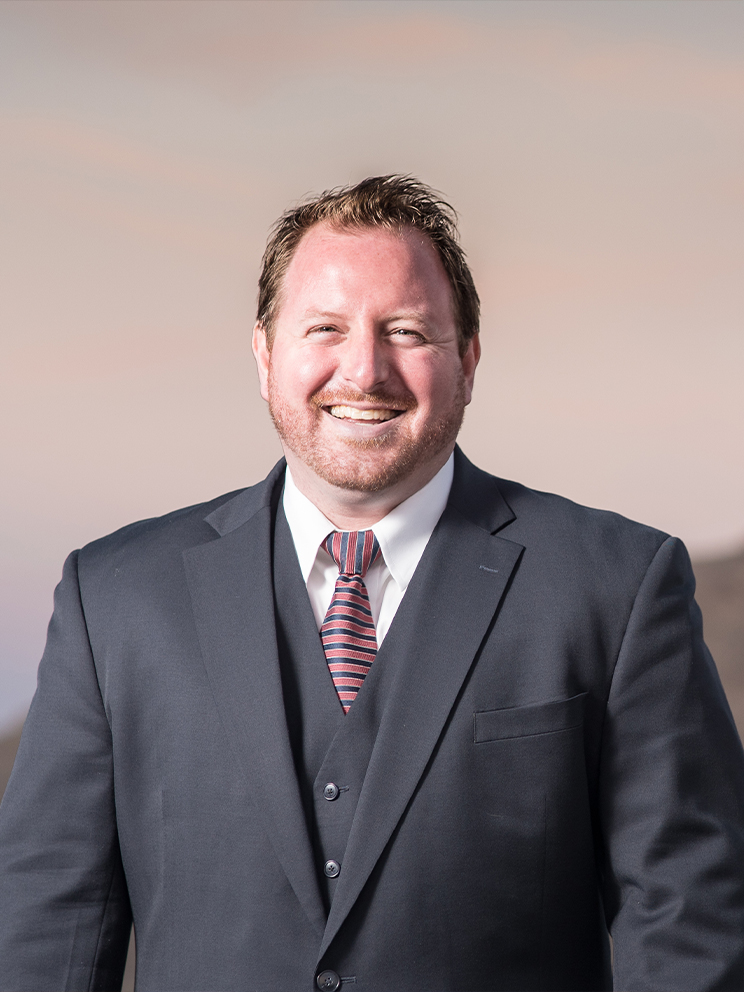 For the past decade, Donald has been working with hundreds of clients and entertaining thousands of guests both on and off the world-famous Las Vegas Strip. Donald is the #1 most requested Event Host and Emcee within the Las Vegas corporate realm, as determined by some of the most prominent Destination Management Companies in the country. Unlike other Emcees, Donald has the skillset to host and lead any event, with or without a script. His ability to adapt to last-minute changes, ad-lib, command the audience, and adhere to time and event flow make him a true professional in his field. In fact, once you hear his voice over the microphone, you will know the right choice was made. He will engage you, excite you and have you rolling on the floor laughing. Donald’s experience ranges from Talent Shows, Game Shows, Awards Ceremonies, 5K Runs, Charity Events, Gaming Tournaments, Corporate Conferences, Trade Shows and a long list of Custom and Special Events.  He is smooth, sharp, hilarious and the perfect choice to make your next event a BIG HIT!